On my way to the ridge 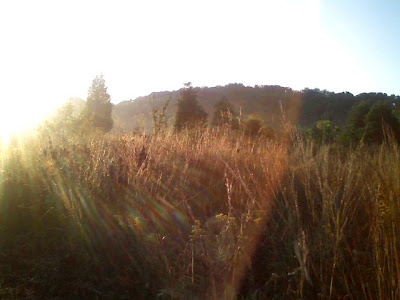 So, I've had this little prayer going for about 200 days that goes, in some variation or another, like this:

Keep me alive until September
Let it be 70 and Sunny
with Light Wind
and a Good Rifle and Good Shots to take
and no squirrels by accident
I can prove for sure that God was listening or at least had plans very similar to mine today. For this, I am eternally grateful.
Today was my official first day back at it for the 2008-2009 season and what a day it was... tough to ask for much more really. I started my day, in my spot, smack dab in the middle of squirrel alley. It was gorgeous as I have come to expect there. When I go, I get reminded of smells and feels and that moss on a wet rock is slippery and the sun in the valley rises later than up on the hill... It is wonderful. Much like seeing an old friend that will be around until after the holidays.
Squirrel Alley 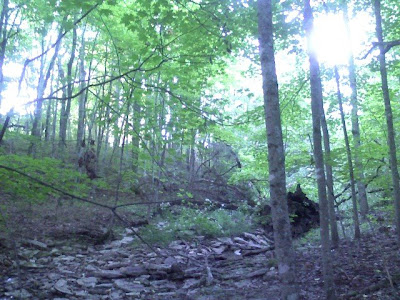 The new rifle is all I had hoped it would be. The thing is lighter and less bulky than the Rugers... and it shoots as well and hits HARD. The ALICE pack worked out very well and, once the straps were adjusted to the right length, it was a great pack for packing heavy and staying out all day. I packed a full MRE with entree and snacks (the lemon poppy seed pound cake is pretty good). If I had been able to stay out instead of coming home it would have been a great day for dining as well as for squirreling.

The Rifle, The Pack, Mr Squirrel #1 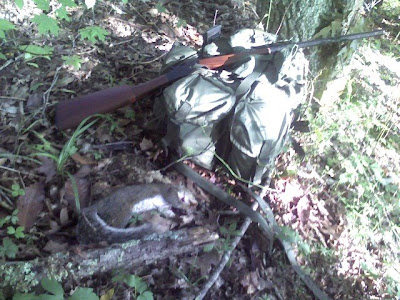 One side note here about the rifle... 22 WMR is a bit more destructive effect on the squirrels than I like. Shot placement appears to be more critical that with my 22 LR, Sub Sonics. Of the three actual shots I got today, two dropped squirrels. The one above here was a shot to the back base of the scull at about 20 yards. The entry wound is normal size. The exit would is just ghastly compared to what I have become accustomed. In this case no meat loss occurred but it is easy to see how it would be easy to waste a squirrel with a poorly placed shot. I guess I need to wear my glasses. :-)

The Old Oak Canopy Along the South Edge of the ridge 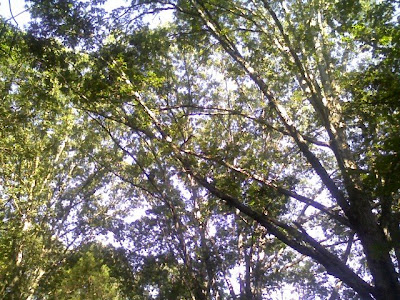 It was just a really great day. The canopy was alive and breeze was nice, my new gear worked and I didn't fall down and break this rifle. It's all good. Ah well.... signing off until next week. 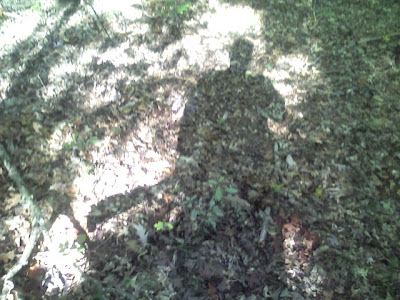