The plan was, as most of my plans are, painfully simple. Take two days off and hunt like hell for both of them... and about like always, that fell apart mostly due to She Who must be Obeyed. It's also my fault for missing her and the little mini version of her that likes me more than she does.... I decided to head back home on Tuesday night and hunt closer to home on Wednesday. For reasons that I will forgo exploring here, I didn't get out to hunt until nearly 3 in the afternoon on day 2 of the hunt. It was... frustrating. That coupled with a complete strike-out in a new location made it the kind of day to remember, more for lessons and less for stories of hunting success....

Foxtail in the Fading Sun 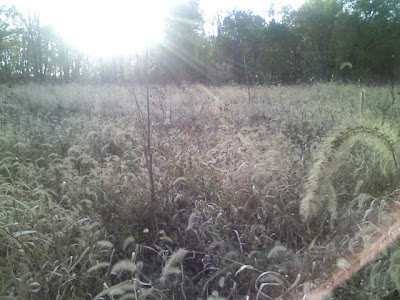 First, and this is no dig at the hunting areas available in Central Ohio and reflects my preferences, I have never hunted such a flat piece of land in my life. It was not all bad but it turns out my sense of navigation has a lot to do with hills and less to do with direction. (fun for me...) Anyhow after some scouting I was able to find and unoccupied portion of the Deer Creek wildlife area and set to my business.
Sycamore and Sky 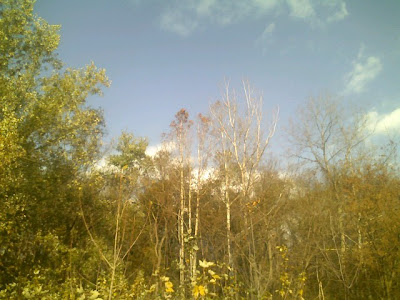 After hiking back a bit and finding some well used trails to follow I decided to position between the Oaks I could see up on a small rise and the stream behind me. There was no movement and no noise and I had this odd feeling I was wasting time however, I figured it beat working so...


Then the oddest thing happened. After I found my seat and settled in to wait 30 or 45 minutes to see what showed up, a really nice little 6 point buck sauntered by, totally unaware I was even there. If you look in the picture below you can barely make out his tail between the trees as he heads up that little rise toward some place else. Hmmm.... Maybe that's why it's called Deer Creek. Well, that's par for me isn't it? Always bringing a squirrel rifle to a deer hunt. (Damn IT! and Ah well....)
Buck Tail and Maples... What a day.. 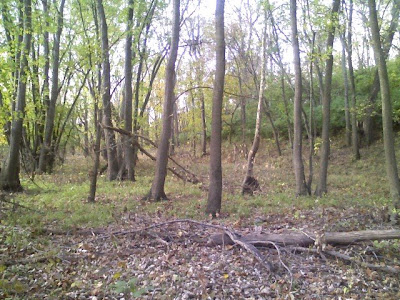 After seeing Mr. Buck, I decided it was a worth-while trip and waited another 30 just to see if anything else was going to move. It didn't. Nothing else. Not even a noise. Just the wind, the weeds, and the trees. 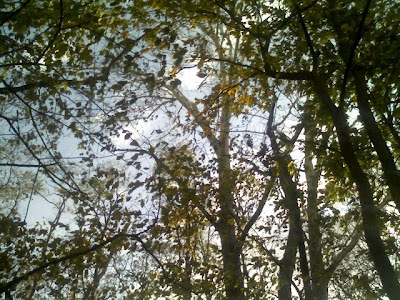 I was hunting in a large oval shaped field so I decided to just take a turn around the border in the last couple of hours before dark and see what, if any, sign could be seen. Fortunately a number of good trails were worn in the really tall grasses so it was an easy trip. 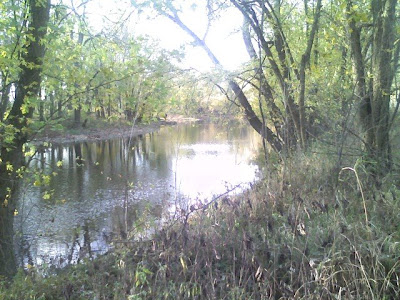 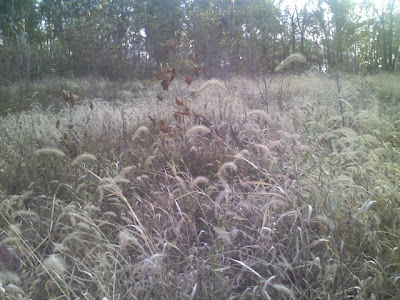 The defining moment for the whole day was under a big walnut tree at the far end of the field. I found a pile of walnuts, uncut and unbothered. Never a good sign when looking for squirrels. After that the wind was just gone from my sails for the pursuit of the tree-devils. Still a good afternoon though. I decided to head in.... back to the car and home to the girls. Always a good end to a day.
The Trail Out 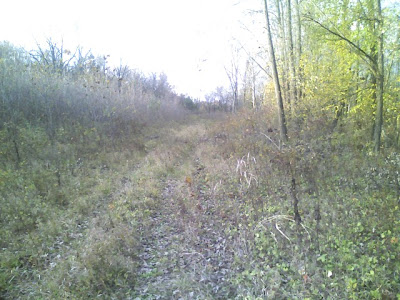