Yes, I know... I said minimal deer hunting for the rest of the year and gun season was the time... yeah. So, last week when I saw the buck at deer creek I made some mental notes about where I was, where he came from, the wind and the other things I could think made a difference. I decided it was worth one more try.

One issue that seems to confound deer hunters the world over is how to attract a big buck and get a shot when you want them there when what they want is to do their own thing and not yours. With some real resistance I decided it was time to try a lure. I settled, after some reading and consideration of my hunting spot, on the Buck Bomb. My plug for them here is that it works as advertised. The short concept summary is spray doe piss everywhere and a buck is going to smell it and check it out. Bottom line is that while it stinks like the elephant house at the zoo in July, it works. All you have to do is your part.... and so begins our real story for the week.


Check out this picture here. You may say to yourself, "Good shot. Dead center. Woo hoo." Wrong answer. If you look the left side of the photo there you can see the down limb with the wear markings where hooves graze it as the pass. I was set up, stage right, ready to do my bow and arrow thing. Off in the distance there is the tree with the can that spewed doe stink for 2 to 3 minutes. 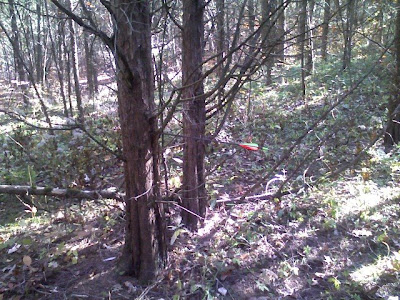 I was on station in my ground spot for about 3 hours when I heard the snort and caught the movement through the trees. It is a feeling unlike any other I must say. Bucks are in the house. I tried to freeze and not breath so loud as to scare him away like I did the doe I had close-aboard earlier in the morning. I nearly hyper-ventilated. I was a fantastic feeling. I watched some more. Finally he dropped his head and I drew. As I reached full draw he began to walk again and I lost my shot but I could see him moving. I had to hold it. If you have never practiced holding full draw for two or three minutes I recommend it. It's pain and more pain.

Finally he turned and came back. As he passed behind these trees, he paused with his vital zone nestled right in the fork. I could see it, I could hit it, I shot at it. 20 Yards. He is so dead. I can spear an orange 19 out of 20 times at this range. His engine room is the size of a small pumpkin. He is done. Get the truck out. We have a deer to get processed.

Now, it's fare to say that the branch I hit to deflect the arrow is about as big around as my little finger and was less than 18 inches long and pointed nearly straight at me with a slight point to the left. I never saw it but I saw the arrow turn left and spear the tree. Well sh!#. 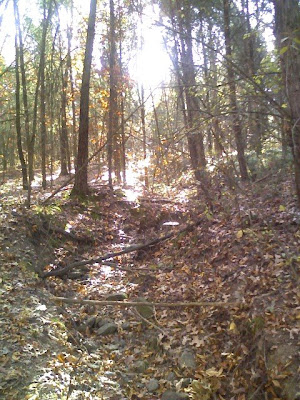 To be fair it was a great day. The chance to shoot at a big 8 point with such a close shot makes me feel good about my tactics. My shooting skill needs some more work but all in all, I am pleased. A gorgeous day, a thrill better than nearly anything, and a day out of the office. Count me in... anytime. 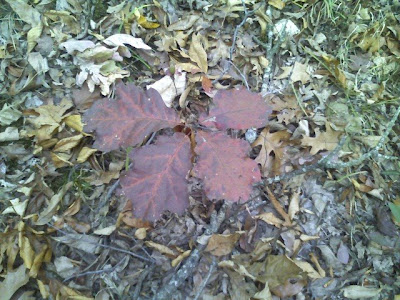