The end of the Season - Out with a whimper and a sneeze...

I had planned to hunt my ass off this week. I had vacation scheduled Thursday and Friday. The plan was fantastic. I would hunt all day and dine at my old haunts in the evening, spend some time with my Dad and visit my two or three favorite spots to hunt and draw the 2008 - 2009 season to a close correctly: A bit of shooting, a bit of skinning, some laughs, and a whole bunch of outside time. 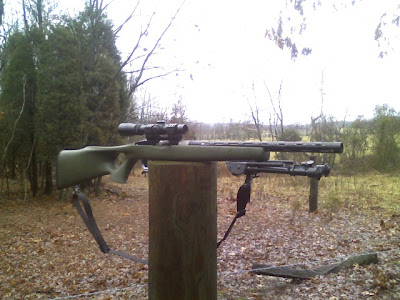 Today I discovered that I am done. I had held out hope but to no avail. Not many things seem to work out every single time and the year end hunt is the latest victim it seems. There will be no year ending hunt this season. My last trip out (on MLK) day was my last trip for the season. I have managed to contract the cold of death and I am just not feeling up to the trip this time. It figures but... I will live I think. I am just disappointed. 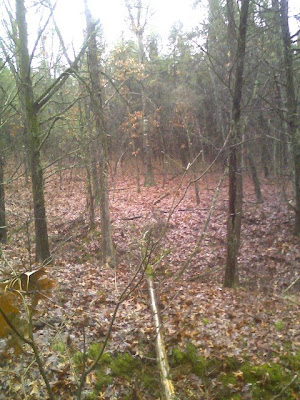 To say that things are not going my way this year for hunting time away would not be fair and sound more spoiled than anything. I spent a large percentage of my vacation time chasing my own thing, shooting the dreaded tree rats and the white tailed ghosts of the woods around southern Ohio. 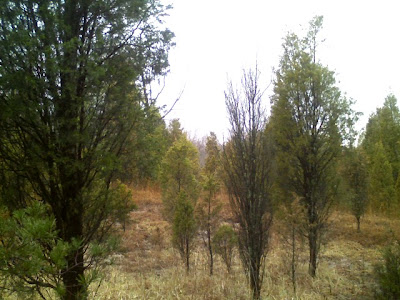 I've been in some really pretty country this year. These photos are from an earlier hunt that I just never got around to publish a post about. Just one more perfect day in paradise. :-) Thanks to the folks for letting me plug a tree vermin or two. (or in this case, miss them all because I was holding too low at close range... No kidding. Missed on at about 10 feet. Killed the ground in front of him dead as adoornail... Scopes have their disadvantages too I guess...)

As sorry as I am to see this season come to an end, I will repeat my thoughts of last year. I am tired and I could use a rest. I may just have to go back out for Turkey this year but probably, I will just take pictures and fish. 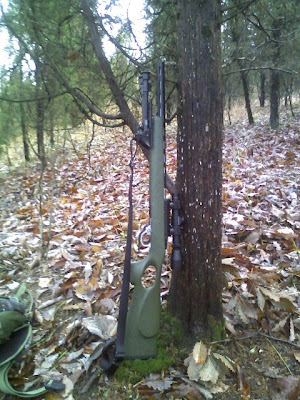 Of course, those of you who read this regularly know that probably 4 or 5 times in the months ahead, before Sept 1 and after the snow melts, I will find my way to a rifle range for an entire weekday or three and shooting will ensue. I have a new concept weapon on the 10/22 platform in construction right now and sometime next month I will post the whole thing with pics. She's a race car built from the leftovers I had with... a few additions. ;-) I have just contacted Uber GunMeister Chad Ottman and placed a 2500 round ammo order for the 2009-10 prep and hunting season. (about 2200 rounds for prep and testing. The rest for the actual season including re-testing when I am sure it is a problem with the gun and not my shooting...)

Until we talk again, be well and join me in celebrating the end of another great season under the tree tops. The squirrels are....