Turned Around and Greatful - Big up to Bear and his show. 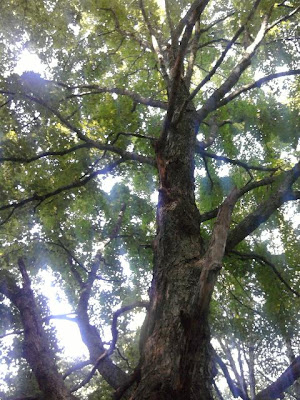 A few days ago it was time to go hunting again. My level of psyched could be compared to mania or some other unhealthy obsession... time to get back to the woods. Vacation was set up, lodging arrangements made, rifles cleaned and tested, clothes check, car fueled.... Ah yeah. Time to roll. I packed. I went. Tree rats beware...

One of my favorite shows in all of television is Man - VS - Wild. I get a charge out of watching Bear Grylls. Can't help it. It's a double-edged thing for me. There's this combination of listening and distilling out the stuff that really will help me if I need it... and then there's the 'jackass factor'. (For those of you who don't know what the TV show jackass is, look it up. It's basically four guys abusing themselves for your entertainment for no reason...) Anyhow, seeing Bear eat raw yak eyes or three day dead sheep meat, boiled in volcanic springs is just fun to see. You never can tell. Someday I may be in Iceland and wandering for days on the open terrain.

Anyhow, I digress. About 18 months ago I was watching an episode and I heard Bear say, "You have to be able to improvise. Most people get lost with nothing at all and you have to make due." and I thought it made sense to a small set of things together in my hunting pack that would aid things greatly if they ever went south on my. I have a 12 by 9 Cabellas water proof bag in my pack now. In it I have headband flashlight, extra batteries, a compass, a firesteel with striker, and a space blanket. I've also taken to packing an MRE snack and one entree.

Last October, I hunted around a ridge I normally just climb and had a heck of a day in some great, older growth timber. (See this post.) I set out on the first day out to get back there with the leaves on and see how the squirrels were. Two things I did not count on:

Anyhow, to make a longer than I expected story shorter, I managed to get turned around and got myself lost. Now, one of the things I know about Tranquility is that it's tough to walk more than 5 miles without hitting a road. What I hadn't considered is that that distance gets significantly longer if you don't know you are sort of walking in circles. ;0)

It took me the better part of an hour to realize I was not sure where I was. Even in a place you know is relatively surrounded by civilization, this is not a pleasant feeling. And then I remembered... 'Keep your head, get your bearings, and make a plan.' I dragged out my compass, got a heading and struck out for the big road I knew was the the east.

After slogging it through a field or two full of grass as tall as my head and briars that added 10 or 15 lbs to my pack weight just by clinging to it, I found the road. It only took about 2 1/2 extra hours and I was no worse for wear.

It's an experience like nothing I have ever had. I feel like I owe Bear a thanks if nothing else for getting the idea in my head and maybe, just maybe, making it seem like fun enough to watch. Big up to Bear for a good idea and sharing it.

As always, the welcoming committee was glad to see me.... 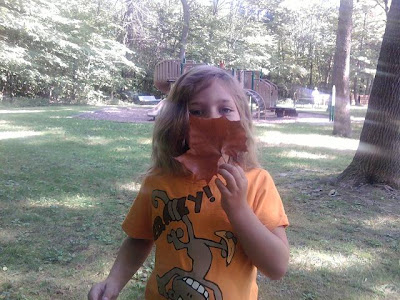 Back out this week. We'll try to remember where we are...
Posted by Joel Pearon at 9:50 AM